Why Brands Use Vertical Videos for Marketing 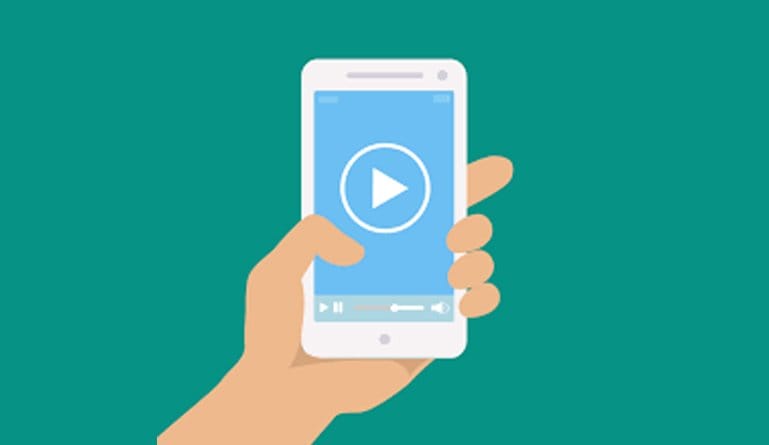 Grow the reach of your brand with vertical video.

What you need to know about the vertical video trend.

Statistics and surveys confirm that people respond better to advertising and marketing that contains videos or pictures. In fact, some estimates say that by 2021, 81% of web traffic will be video-related. Why? Video content helps meet a demand that customers have for more information, delivered faster and more conveniently. They’re both informational and informative, as well as, entertaining and engaging.

Plus, according to some published research, video can help brands in several ways, including:

With a rise in image-heavy marketing, it’s important to know the best ways to incorporate it in your brand’s marketing strategy to help you reach as many potential customers as possible. One current video trend in the marketing sphere is vertical video.

What is Vertical Video?

Vertical video is quite simple: It’s a video that’s shot vertically, where the footage is shot and played taller than it is wide, like a portrait format versus landscape. Most people have traditionally watched their videos in horizontal or widescreen format, much like you see on TV or at the movie theater. So why the shift to vertical video marketing?

Cell phones have primarily led the market in this. And not just brands shooting modern-looking cell phone video advertising, like those slick Apple commercials that show you high-end looking footage shot on an iPhone – consumer behavior has primarily led this switch.

More video is consumed on mobile devices than almost anywhere else. Cell phones are designed like the analog phones of the past with an earpiece at the top and a speaker at the bottom. Because of this design, most users orient their phones for use this way, even when not using it to talk – for texting, streaming, shooting their own selfies, and just about everything else, users hold their phone vertically. When a video is shot to be watched horizontally, users do have the option to turn their phone for the “widescreen” experience, but this is an extra step that many marketers have noticed and are trying to avoid when creating their customer experiences.

How Vertical Video is Reshaping Media

Since consumers are used to seeing video like this in their everyday interactions on applications, any video that deviates from this format is likely to feel foreign and be less likely to just be viewed with everything else on websites and social media. Snapchat was one of the leaders in normalizing vertical videos as the standard. Their videos, both user generated and vertical video ads from marketers, are viewed millions of times a day.

Vertical video marketing does pose some challenges for people who have been used to shooting ads for television or even for websites – those were shot similarly, because a desktop screen is almost identical to many TV screens. For the best vertical video ads, remember a few best practices:

Vertical video marketing is still new on the marketing scene, but with major brands like Facebook adopting it, other brands must get serious about that format if they want to be able to use most major platforms for their video ads. In fact, Huffington Post notes that, “publishers and media companies like The Washington Post, BBC, Vox, Teads and Conde Nast have embraced the vertical format.” Perhaps, you should to.