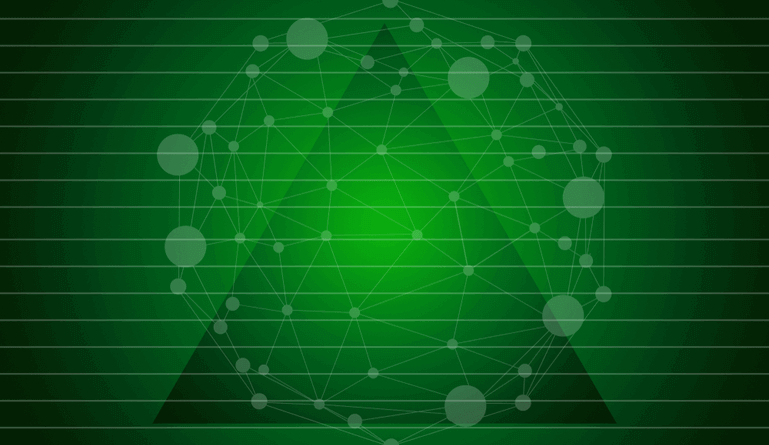 What is a Visual Positioning System?

The new revolutionary visual positioning system from Google, this update in the navigation world is creating a wave in life style of people all around the world. With this new technology, Google Maps can make use of the user’s phone camera to spot your surroundings and visually converse your direction right in front of your eyes. When your GPS is not enough, the new visual system in Google Maps can also use the newly coined Visual Positioning System (VPS) feature.

The VPS uses your phone’s camera and Google’s extensive back-end data to analyze your surroundings to identify where you are with greater accuracy.

A monitor and IMU are at its heart, the Intermodal Visual positioning system-VPS. Using the data from these devices, the world will be studied and measured and identified. If you replay a mapped location, VPS uses Google’s extensive back-end data and your device’s camera to analyze the surroundings where you are in. The greater accuracy of the features makes it really easy for them to identify where you are.   New onboard sensors can improve tracking with sensing fusion -GPS(1).

What is Global Localization?

The global positioning has provided a degree of reasonable apps using an API. The advance sensors enable users to mark and locate any location.

In addition, marketers and entrepreneurs have used this platform to offer a wide range of services. From gaming breakthroughs like Pokémon Go to more common applications (e.g. Uber, Postmates), location data has become a hallmark of the mobile computing community.

First of all, the button should be tapped to activate the visual view. Following, simply point your device’s camera to the preferred destination to see the relevant information .The surroundings will be displayed with an overlay of Maps data for close by business and there will be arrows pointed in the direction where you have to go. You can also see a small map displayed on the bottom side which acts as a reminder for where you are headed.

GPS retrieves its data from the surrounding buildings and landmarks where you are in rather than completely relying on satellite location that erases the possible flaws with GPS. Google even has plans to put a character on the particular screen to give users a feel of an augmented reality tour guide. In the demo, they tried the navigation experience with a small fox.

How to use VPS for Business?

With independent companies such as Ubiquity6 in strong competition, Google announced a new ARCore 1.2, Google’s web AR application for cloud anchors. This is a tentative example of completely integrating VPS using images captured locally in contrast to a centralized database. Nonetheless, the quest is still going on to create VPS networks worldwide and to discharge complex cloud image processing activities.

Benefits of VPS in Business

How VPS Can Augment the World?

To provide a stable overlay for physical reality, Augmented Reality (AR) has to be rooted in place. GPS placement is often used to connect an entity to a Pokémon or anything to a specific location. GPS positioning can, however, be reduced by several meters and the reception indoors renders it an unsuccessful bid to retailers.

Today, the AR / Computer vision firm Blippar is providing a more robust tether for AR than other indoor solutions with an inner version of its urban visual tracking. It is the first to provide “a clear, comprehensive solution” to the AR anchoring issue in its offices in New York City and London. In reality, the outdoor mapping was launched in the summer of last year and maps a whole city area–from a city block to a whole community-so that avenues, houses, and even street mailbox photos are feed in a database.

Computer vision is then used to recognize a house or other external object through the eye of the mobile device of a user. The application will light up the object and spot the user automatically, whatever direction it appears.

Ambarish Mitra, co-founder, and CEO told me his organization had mapped San Francisco and many of South Bay in the region as well as London. An AR City app can provide overlaid charts, navigation or other AR components to a user for the mapped area, or other applications may incorporate application components into other devices.

The database can be embedded so that the system can also work offline. This suggests a broad spectrum of potential examples such as retail stores, malls, hotels, shopping centers, and stadiums. The use cases include AR menus floating at shopping centers, comments or product information appearing above shelf items, treasure hunts, or a visitor interactive guide.

The company Aparna Chennapragada highlighting a Visual Positioning System to overcome the problem the navigation problems. This is a way of preventing people from losing themselves. The camera will look around and figure out for you rather than running over your phone and hoping that you will go in the same direction as the blue GPS line.

When it comes to mobile, the company did not say, although it can be developed as a part of a wider Google lens integration. Outside outfits seek similar things like Blippar, who launched an AR City app at the end of last year for iOS users and VPS itself, of course, was originally part of the Tango Project.

Google has confirmed that it was experimenting with an augmented perception device that would direct you around a city by an avatar cartoon. It was a shaded fox in the illustration, which you have to follow up until the destination is reached.

With this new technology, every indoor area or room becomes an immersive AR experience. This operates by showing the exact location of a user via a computer vision and providing the appropriate augmented reality content based on it.

Improved presence of fact can also be linked to specific physical locations and introduced to any user while visiting this location. For example, menus with enhanced facts can be shown in a shopping mall before the restaurants. The menu will be presented in the exact physical location of the restaurant and augmented with other AR items, textures, and animations in real-time.

The upcoming Google Maps AR navigation mode was first checked with local guides in a report yesterday. Google also explains the strategy behind the app “world localization,” and how it uses a digital mapping tool, street view, and machine learning.

Now, it is not possible to mention the blue dot in Google Maps that indicates the current position. “Personal limitations” are GPS and compass, especially in urban areas, that frequently leads to your location on the map.

The method of defining a device’s direction and orientation in relation to a specific reference point is known as distance. Different techniques address the position in various ways.

Measuring position has been a dramatic success for outdoor navigation system, and there is a strong push to repeat that indoors. Being able to locate a person inside a building can help in many different ways. From finding the right office in a tower block to locating a required department or even a specific product in a shop or providing highly targeted deals as you walk around the supermarket

Unfortunately, the technology of satellite positioning throw the GPS Glonass, or the forthcoming Galileo system cannot meet the requirements of indoor positioning even with the nominal enhanced measurement accuracy down to 1 meter as receivers struggle with multi path signals and the inability to use the satellite tested.

Three major use cases cited by a direct challenge to Google Fantasmo includes,

Google’s “world positioning” approach is to incorporate another sensor to make you feel more focused. Existing objects, such as vehicles and systems that can calculate magnetic and gravitational fields are quickly distorted, “resulting in errors up to 180 degrees unreliable.”

VPS provides an imagery-based unit positioning instead of GPS. Next, VPS generates maps using an image set, which has a defined location and analyses them in order to create a detailed and easily searchable database of the visual features with key visual features like a contour of structures or bridges. VPS compares picture processing in the phone to the VPS index in order to find a device. However, both the images and the position associated with it have a great impact on the accuracy of the location through VPS.

Google views VPS as a Street View index data in 93 countries worldwide, with “trillions of solid metrics to implement triangulation,” which first “filters out transient sections of the scene and focuses on permanent structures which are static over time.” Machine learning is applied to eliminate trees that, depending on the season, are different in complex light movement and construction.

The Global Pointing System (GPS) is a genius navigational instrument.

But how often did you ask yourself, “Am I going in the right direction, when you use the tool? “How often have you been thinking about the re-center button? Here’s good news for you if you shook your head for both questions.

Start to train for more precise instructions, from the Visual Positioning System (VPS). The Google Maps ID, which uses the smartphone’s sensor and overlays arrows on the map to make navigation a cakewalk.

One of the difficulties when using the Google Maps is to see the right way: obviously, the app tells you to go to the north, and you still wonder: “Where exactly am I and in which way is north of it?”

We are trying to solve the problem using a technique called global location, incorporating visual positioning service (VPS), road map, and machine learning to define direction and orientation more precisely. We are working on this. This technology allows the user to quickly find out which path the Smartphone camera will take as a sensor.