Bitcoin is a digital currency created in January 2009 by Satoshi Nakamoto following the housing market crash. It follows the ideas set out in a whitepaper by the mysterious and pseudonymous Satoshi Nakamoto. The identity of the person or people who created the technology is still a mystery.

Bitcoin makes the promise of lower transaction fees than traditional online payment mechanisms come true and it is operated by a decentralized authority, unlike government-issued currencies.

Bitcoins are not issued or backed by any banks or governments, nor are individual bitcoins valuable as a commodity. Despite it not being legal tender, Bitcoin charts high on popularity, and has triggered the launch of hundreds of other virtual currencies collectively referred to as Altcoins.

In 2010, a man bought one Bitcoin and did not care; he just bought a little and started adding to it as months and years passed by because he saw how it was increasing yearly. By 2019, he had 50 BTC in total. Do the mathematics and calculate exactly how much 50 BTC is now, a rough aggregate should place it approximately at $470,000.

It is no news that cryptocurrency is taking over the world and people are pushing themselves into it day by day. Bitcoin is currently the number one cryptocurrency in the world amongst others such as Ethereum, Litecoin, Bitcash, Dogecoin, and so on,  so if you are reading this and you are looking forward to starting your journey in cryptocurrency, start with Bitcoin.

What is Bitcoin Halving?

Bitcoin Halving is the number of coins that miners receive for adding new transactions to the blockchain being cut in half.

This is how bitcoin halving works, the reward for mining new blocks is halved, meaning miners receive 50% fewer bitcoins for verifying transactions.  This is achieved by limiting the supply of new coins, so prices can rise if demand remains strong.

While this has happened in the months before and after previous halvings causing bitcoin’s price to appreciate rapidly the circumstances surrounding each halving are different and demand for bitcoin can fluctuate wildly as it often has a good number of times.

The halving of Bitcoin has been programmed into Bitcoin’s source code from the very beginning as Satoshi Nakamoto (the developer of Bitcoin) specified that there would only ever be 21 million BTC issued. When it gets to 210,000 blocks, the block reward is cut in half.

The most straightforward interpretation of this for a layman is that the halving introduces a constraint on supply, driving demand. However, the halving of 2016, happened before the initial coin offering mania, before the evolution of cryptocurrency derivatives, and a long time before the coronavirus started disrupting the global economy.

Thus, because Bitcoin’s price is rumored to strongly correlate with the hash rate of the network, can the previous halvings be an indication of what to expect from the next one which is predicted to happen sometime in May 2020?

( Also Read: 13 Key Benefits of Bitcoin and Its Challenges )

Why does Bitcoin Halve?

Bitcoin must halve to reduce the number of new bitcoins being generated by the network. It cuts the supply so as to ensure the scarcity of Bitcoin while preventing extreme price inflation at the same time.

When is Bitcoin Halve done?

How Does the Halving Influence Bitcoin Price?

The halving occurs based on the schedule built into Bitcoin’s programming and it happens every 210,000 blocks with the purpose being to issue the total supply into the market less frequently over time. This supply effect will increase Bitcoin’s scarcity, which in turn, has historically, increased the price.

Halving is a really important time for Bitcoin investors and traders because it is anticipated to have a positive effect on Bitcoin prices, though not necessarily instantly.

Why Do Bitcoin Miners Get These Rewards?

All transactions carried out on the Bitcoin blockchain network are broadcast to the network and are confirmed within 10-20 minutes through a process called ‘mining’. The people who mine Bitcoin are called miners.

In the mining of bitcoin, a group of people uses powerful computers to run complex calculations in order to guess a random number that solves a complex equation generated by the system. The powerful the computer, the higher the number of guesses it can make per second, thereby increasing its chances of success.

In essence, Bitcoin mining is the equivalent of a very competitive lottery. The computer that is able to solve the equation gets the opportunity to update the blockchain by confirming Bitcoin transactions over a certain time and arranging them into a block.

It makes sure of chronological order in the blockchain, protects the neutrality of the network, and allows different computers to agree on the state of the system. In other words, these miners act as auditors and update the blockchain in a fashion similar to banks maintaining ledgers.

For transactions to be approved and confirmed, they must be packed in a block that fits very strict cryptographic rules that are verified by the network.

The ‘difficulty level’ of mining bitcoins is approximately 6.379 million, as opposed to just 1 in the year 2009. This means that Bitcoin mining at present is therefore highly difficult, energy-intensive, and much less profitable.

This is the reason individuals now often join mining pools (a group of miners because a single person cannot mine effectively who combine computational resources over a network) in order to have better chances of success and share the rewards with pool members.

The lottery system prevents any individual from easily adding new blocks. In this way, no group, individual, or institution can control what is included in the blockchain or replace parts of the block chain to roll back their own spending.

Furthermore, the Bitcoin system has been programmed to reward the miners who solved the equation with a fixed number of bitcoins, currently 12.5 bitcoins, as compensation for their time and effort.

Basically, Bitcoin Miners get these rewards because they are the most essential part of the Bitcoin blockchain. Without them, the whole Bitcoin system will not function properly as there will be no one to mine the Bitcoin that goes into circulation.

How Many Bitcoin Halvings Have Been There Before?

There have been three bitcoin halvings in the past. The first bitcoin halvings ever were in November 2012, followed by the second which occurred in July 2016 and finally, the last which took place in May 2020.

When is the Next Bitcoin Halving?

As earlier stated, and should be further reiterated, there is no specific date for Bitcoin halving but experts in the cryptocurrency have predicted that the next bitcoin halving will take place in the year 2024, Based on my research, analysis, and observation, I predict it to be in the month of August.

( Also Read: What is Bitcoin Wallet and How Does It Work? )

What Happened During the Bitcoin Halving of 2020 and What are the key points to take note of?

The Bitcoin halving of 2020 took place on the 11th of May 2020 some minutes before 4 pm of that day at approximately 3:21 p.m. EST, even though quite a few countdown clocks estimated that the halving would occur on May 12. From now on, Bitcoin miners get 6.25 BTC per block rather than the 12.5 BTC they acquired before the halving.

On that day, news.Bitcoin.com reported that the bitcoin halving that was expected to happen on May 12, 2020, but due to the speed of the network, it happened to take place on May 11 instead. At the time of reporting the news, BTC’s hash rate was around 120 exahash per second (EH/s) and the price has been hovering in the mid-$8K range (between $8,300-8,700) per coin all day long.

The halving explains that no matter how miners feel about it, the reward (revenue) they get per block will be chopped in half. It was mentioned that there were three key data points to watch leading up to the halving which included; countdown clocks, the overall hash rate, and the price per BTC.

So, since the halving is over and block 630,000 has been mined, the last two key data points will still be watched with great interest. One could also say that BTC’s network difficulty will be another statistic to monitor during the days and weeks after the reward cut.

Whether you are a Bitcoin dealer, trader, or even just an observer, you can now monitor BTC’s price using markets.Bitcoin.com, as well as observe BTC’s network hash rate via charts.Bitcoin.com. These resources are updated every day in real-time and people can observe the network difficulty as well.

The data and analysis web portal, Coin Dance, which covers all three Bitcoin-based branches (BTC, BCH, and BSV), is another very great resource to use if you are watching the network’s activities after the halving.

As far as halving price speculation and discussions, well you can find that kind of relevant information all over social media especially Facebook and Twitter and crypto-related forums. The truth of this matter is no one can say that this is exactly what is going to happen after the halving and the weeks and months that follow.

Watching and Monitoring the price, difficulty, and the overall hash rate will most likely give spectators a better glimpse of the halvings effects.

No matter what happens, cryptocurrency experts and professionals know there is never a dull day in bitcoin-land and the reward halving just adds more fuel to the already fiery excitement and speculators’ wild theories too.

What more are you waiting for? Why not join the Bitcoin Crypto movement and see how it affects your income positively.

Best 6 Steps for Beginners to Have A Bitcoin Investment Strategy 6 IT Compliance Mistakes to Avoid 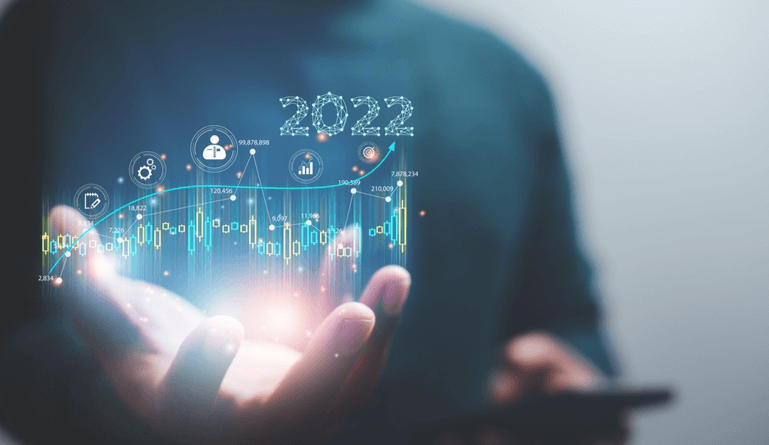 5 Challenges that Get in the Way of Becoming Data-Driven