Luke Moats | I was born and raised in a suburb North of Dallas, Texas, where I learned the joys of storytelling and writing the truth. At heart, I'm just a big nerd who aspires for a Star Trek-esque utopia where all human differences can be solved by communication, and there is little to no violence. I believe the truth is the finest commodity that one can w... 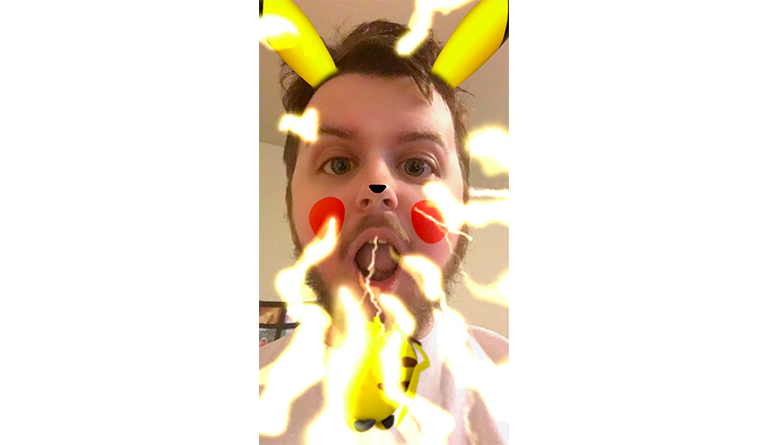 Snapchat has released a new snapchat filter, allowing users to become the world’s most adorable source of electricity—the Pokémon Pikachu!

The filter allows users to turn their face or those of unsuspecting friends, family members, or coworkers into that of the world famous electric mouse! The filter adds Pikachu’s ears to the human face along with a pair of schoolgirl anime eyes, rosie cheeks, and a black button nose. If the person’s mouth is open when the snap is taken, a miniature Pikachu appears to briefly hug the person’s face.

This filter’s release might be an attempt to hype up Pokémon GO’s recent update which introduced Raid battles and Legendary Pokémon, or it could be an attempt to build hype for the new Pokémon games, Ultra Sun and Ultra Moon, set to release on November 17th.

With Pokémon’s popularity among the highly sought after millennial market, some are surprised that it took even this long to get a Pokémon filter on Snapchat. Sixty percent of Snapchat’s users are under the age of 25 according to Statista. If the Pikachu filter os popular, it is likely that Snapchat will add more filters from the Pokemon world. The company is only the latest in a long string of companies getting in on the nearly twenty year-long Pokémon craze.

The newest filter is available for a limited time.